By 2045, the top species will no longer be humans, but machines. Thus writes Louis A. Del Monte in "The Artificial Intelligence Revolution", taking up the thesis of Ray Kurzweil, director of engineering at Google, who affirms that the technological singularity will occur in the first half of this century.

According to Kurzweil, the self-awareness of the machines - the so-called Strong AI - will be achieved through thousands of these benign steps, so it is going to happen gradually. Will we be faced with extraordinary progress of civilization, or rather with a dangerous regression of mankind in favor of a new intelligence, as Del Monte believes? It is for posterity to tell.

That’s curious but, if Leonardo Da Vinci had lived today, he would certainly have accelerated this process. How so? This year marks the 500th anniversary of his death, and we took this opportunity to interview Massimo Paltrinieri, a member of the San Francisco Leonardo Da Vinci Society as well as the author of "Genius", a play about his life that will be staged in autumn 2019.

But not everyone knows that Leonardo, considered an absolute Genius, in the midst of the Renaissance had already made revolutionary discoveries in disciplines related to AI, becoming a precursor. 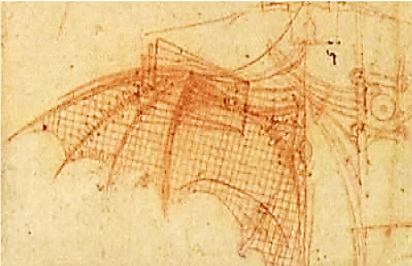 Leonardo had not received a classical education, as he was an illegitimate son. For example, he did not know Latin, the main access door to art and science text, and for this reason he used to call himself a man without letters. So how could the most eclectic genius of humanity learn so quickly, in every field of knowledge? He applied the learning process now employed by modern AI systems. Take the example of flight: collect data (notes on birds); choose the model (flying); train the model with data: (rotate and spin); verify in practice (machine testing); improve the model (switch to gliding flight). 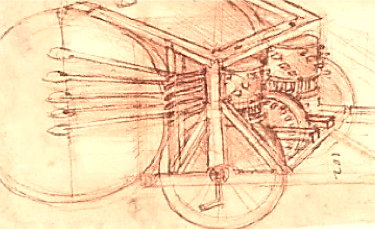 The automation of repetitive tasks is the basis of many of Leonardo's inventions: automatic looms, mechanical drums, endless pipes for the perpetual raising of water. Leonardo built various robots and machines, among which the mechanical lion for King Francis I, which Vasari wrote about: "Leonardo made a lion who walked a few steps before his chest opened, revealing that it was full of lilies.” For his personal use, in order to continue working while cooking, Leonardo invented an automatic rotisserie: a vertical propeller moved by the hot air rising along the chimney transmitted the movement to the axis through gears, rotating the food.

Since Leonardo's notebooks weren’t found for a long time after his death, it was claimed that the progress of mankind had lost two or three centuries in different fields of knowledge, many of his inventions having been made all over again independently after that time. The progress of two and a half centuries starting the early sixteenth century corresponds nowadays to that of two and a half decades, because progress is exponential. Ray Kurzweil predicts that the technological singularity, the moment when machines will reach a higher level of intelligence than humans, will occur in 2045, in two and a half decades from now. This means that if Leonardo lived today, he would develop a higher intelligence than humans right now, leading us directly to the technological singularity.

Want to find out how to innovate the business?
Read this article!